What is Pollen Count? 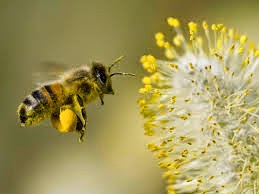 It’s springtime in Atlanta. Have you been sneezing or wiping your watery eyes more often? Pollen could be the culprit.

A pollen count is the number of grains of pollen in a cubic meter of air collected over 24 hours. The higher the number, the worse the pollen. Warm, dry climates have the highest pollen levels. The pollen, in the Atlanta area, that is covering your car is pine pollen, which comes out mid- to late-April. But that’s probably not what’s causing the symptoms. Most seasonal allergies are caused by microscopic particles from smaller tree pollen and mold spores.

Most of the pollen that causes allergic reactions isn’t produced by plants with showy flowers but rather by trees, weeds and grasses. These plants and trees make small, light, and dry pollen grains that are carried by the wind.